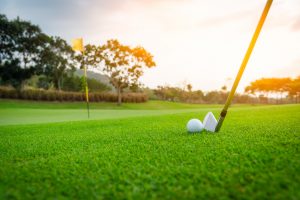 Golf is such an exceptional sport that its greatest ever icon is not called a GOAT; he’s called Tiger. Woods has been such a force in the golfing world for the last two decades that it would be difficult to think of another golfer who compares to him.

The 43-year old has been playing professional golf since 1996- he went pro at 20! In that time, he has broken record after record to become not just one of the greatest golfers, but also a notable figure in the list of athletes.

Just a year into his pro career, Woods had already bagged three PGA tours for himself and topped it with a Masters win. The Masters’ win also saw him smash a standing record by hitting only 12 strokes to complete the business. The golfing world knew there and then that it had a special talent in its hands as the American immediately shot to the top position in the world rankings.

Tiger never slowed down; he went on to win 81 PGA tours and a whopping 14 majors in the Masters, PGA, US Open and the British Opens. He dominated the world’s top position in the first decade of the 21st century, emerging first nine out of ten times.

Tiger was hit by personal problems at a time when his career was at its peak. An affair scandal coupled with injuries saw him fall from grace. He adopted a low profile before later re-emerging like the tiger he really is. As of 2019, he is still competing favourably in the PGA tour where he sits 7th. A knee surgery in August 2019 is another setback, but nobody can rule the Tiger out!