This is one of the most famous football players in the world. His official name is Cristiano Ronaldo dos Santos Aveiro. He is a Portuguese footballer who was born on 5th February in 1985. He currently plays in Serie A as a forward. He plays his professional football for Juventus football club. He is also the captain of the national football team of Portugal.

He came into limelight when he joined Manchester United in the 2003/2004 season. He made a total of 196 appearances while in Manchester United. He then moved to Real Madrid during the 2009/2010 summer transfer window. He became one the best players in the world while in Real Madrid. He had some kind of competition Lionel Messi to determine the best player in the world.

He has recently moved to Juventus football club. This is after he had made a total of 292 appearances for Real Madrid. H 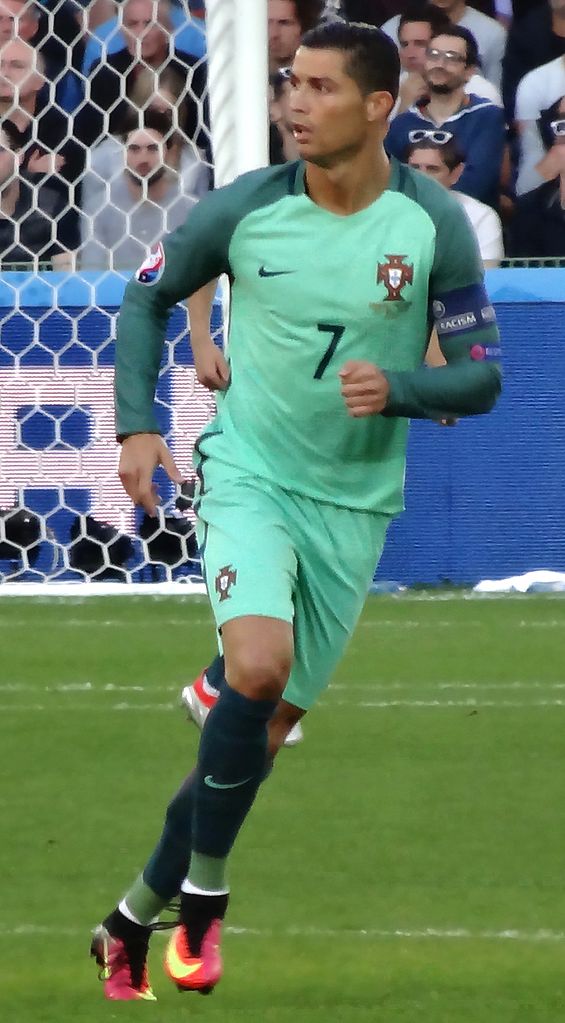 e scored a total of 311 goals in those appearances for Real Madrid.

Ronaldo’s career has been decorated with a number of big trophies. He was able to win the FA Cup with Manchester United. He was also able to win three premier league trophies and a Champions League Trophy with the Red Devils. He won the Ballon d’Or at the age of 23 years.

CR7, as he is popularly known, won 15 major trophies with Real Madrid since his arrival in 2009. He has now won the Ballon d’Or five times. He helped his national team to win the Euro 2016. He is currently the player with the most appearances for the Portugal National Team. He is a celebrated player in Portugal. He is considered as a great football legend in the world due to his high quality on the ball.

His great achievements have led to him being named among the top players of all time. His goal scoring prowess has also enabled him to increase his achievements.